You are here: Home › Other Sports › Sport Shorts. 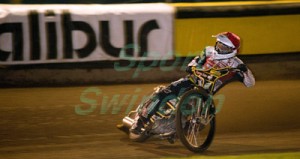 SWINDON have made Danish crowd-pleaser Peter Kildemand their first signing for the 2013 Elite League season.

Kildemand, 23, joined the Robins at reserve this year for his first full top-flight campaign and proved to be a massive success, quickly moving into the main body of the team with a string of high scores.

His spectacular racing attracted admirers throughout the sport, and he played a huge part in the Robins’ title glory in the Grand Final against Poole.

Swindon boss Alun Rossiter said: “I’m absolutely chuffed to have Peter back for next year. He was our first signing this time last year as well, so hopefully that’s an omen!

“He’s a quiet man off the track but on the track he’s such an exciting rider and you know you’ve got someone special when the likes of Carl Fogarty are tweeting that Kildemand is awesome to watch, and I had people saying to me at the AGM what a good rider we have here. 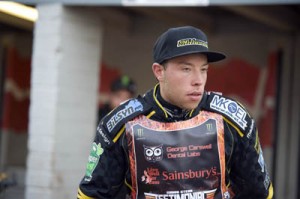 “It was a signing that worked for us last season. You never know exactly how it’s going to go when it’s the first year for a rider at a different level, but it worked superbly and the good thing is I’m sure there’s plenty more to come from him.

“At one stage last season he was challenging for the No.1 spot with an average around eight, so to have him back on just under seven means there’s more scope for improvement, and he’s also shown me that he’s a good man to have in the pressure situations.

“I remember making a big call to use him in a last-heat decider at King’s Lynn, I just thought it was right for him to get out in the dirt on the outside, and he went out and won it for us. That seemed to be the case nine times out of ten last season.

“The fans love Peter, they took to him immediately and I’m sure they’ll be delighted that he’s back. He learnt a lot in 2012, and he’s looking to be even better next year.”

SWINDON have taken another major step forward with team planning for the defence of their Elite League title by snapping up talented youngster Nick Morris. 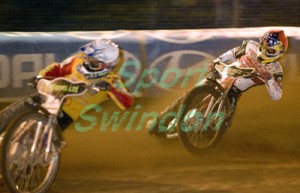 And the Excalibur Communications Robins have splashed the cash to make Morris a full asset after agreeing a deal with former Glasgow promoter Stewart Dickson.

It’s a signal of intent and ambition from club bosses who rate Morris highly. He is also expected to double-up with a Premier League club.

Blunsdon boss Alun Rossiter said: “This is great news for the club and Nick told us he wanted to stay before he went back to Australia.

“We are delighted to welcome him back in 2013 as a fully fledged Swindon asset and he is part of the future of this club.”

Morris joins Peter Kildemand as a confirmed starter for the champions and the club are hoping to unveil a further addition to the side in the near future. 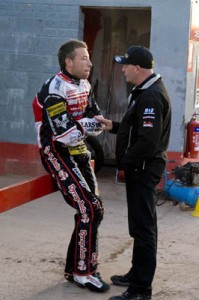 Rossiter and co-promoter Gary Patchett have worked though numerous permutations as they look to make a strong title defence next year, and Stead’s departure is one of the toughest decisions they have taken.

Rossiter said: “It’s never nice to tell a rider he’s not required for next year, especially one who has been loyal to the club as Simon has been, but we have decided to go in a different direction with our team-building.

“I would like to thank him for his services to Swindon over the last four years, and we hope he’ll get fixed up elsewhere quickly.

“We’ve already had other clubs on the ‘phone enquiring about him and we wish him all the very best. It was a very difficult decision especially after the way we won the Grand Final, but these things do happen in speedway.”

The world games are almost the non-olympic sports Olympic games – held every 4 years and very few people get the opportunity to compete.

International Powerlifter Charlie Shotton-Gale been picked as a reserve for the super heavy weight womens cateogry representing Europe in the World Games. 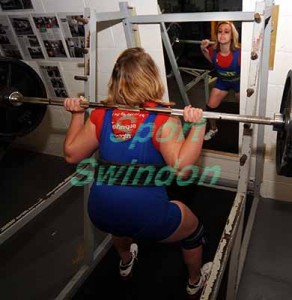 “So to be picked, even as a reserve, is a great honour and one that I am very proud of. I know the athlete who has been picked as main choice, Ielja Strik, who is a fantastic powerlifter and great competitor. So to be her reserve is also an honour.”

He has recently had a loan spell at Swindon Supermarine.The defender who made his debut at Bradford at the end of last season is yet to feature this term.