You are here: Home › Other Sports › Swindon Speedway › A big thank you to all the Speedway fans. 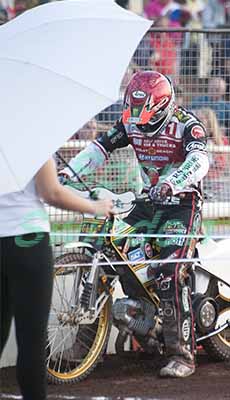 SWINDON bosses have paid tribute to fans who turned out in force for their Elite League win over Peterborough – and raised money for the Lee Richardson Fund.

Robins returned to the Abbey for the first time in over a month after a series of postponements and the fans roared them to a welcome 56 – 37 Elite League victory.

And they dug deep into their pockets to raise £1,882 for the fund set up to support Richardson’s family following his tragic crash in Poland a fortnight ago. 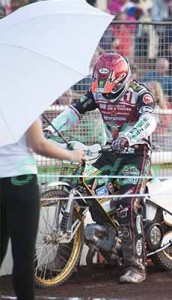 Hans Andersen donated £5 from the sale of each of his caps to the fund.

In addition, Robins skipper Hans Andersen donated £5 from the sale of his caps on the night and 114 were sold.

Swindon’s joint owner Gary Patchett said: “I would like to thank our wonderful fans for the backing they have to the team and hope to see more and more of them as the season gathers momentum.

“The money raised for Rico’s Fund underlines how highly thought of he was and it was a great gesture by Hans to donate money from the sale of his caps.

“All at Swindon Speedway continue to keep Lee’s family very much in our thoughts at this difficult time.”