You are here: Home › Swindon Supermarine › Marine get 3 points against Cinderford. 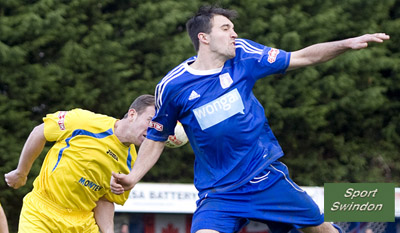 Supermarine signed Swindon Town’s Chris Smith on loan midweek and he made his first outing at South Marston against Cinderford. The full back joined central midfielder Chris Taylor, who was part of the Supermarine team that went to the 2010/11 FA Cup second round, on his return to the Webb’s Wood from Cirencester.

Ashleigh Edenborough scored the Marine 2nd goal to give the hosts a narrow 2-1 victory. Scott Wilson put the visitors 1-0 up after 25 minutes and Supermarine were awarded a penalty shortly after when Edenborough was brought down, but he fired over from the spot.

At the front end of the second half Marine keeper Kent Kauppinen saved a spot kick from Lee Smith after Kyle Lapham’s mistimed a tackle.

Edenborough was brought down on the edge of the box alowing Josh Parsons to put the free kick into the top corner after 56 minutes. On 87 minutes Edenborough headed a Smith home from three yards but was flagged offside. 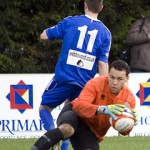 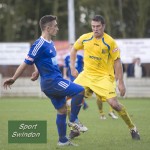 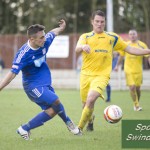 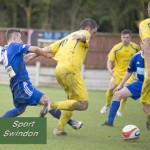 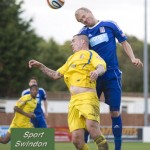 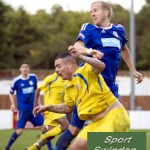 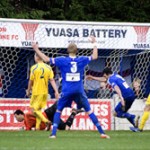 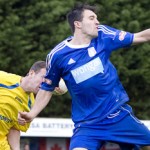 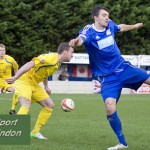 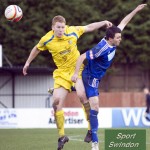 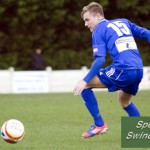 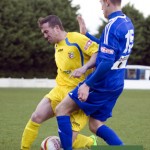 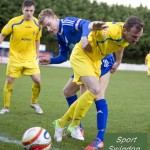 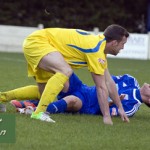 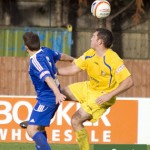 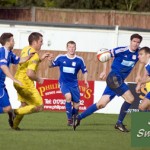 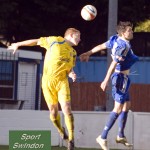 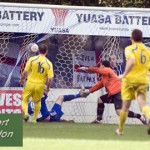 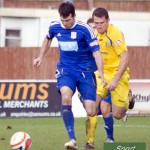 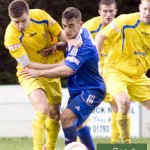