You are here: Home › Other Sports › Urgent change of venue for White Collar Boxing. 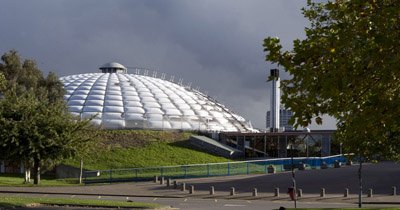 Statement from Mark Neilson confirming that the venue for tomorrow nights boxing has been changed from M.E.C.A.  to the Oasis.

“Due to some licensing issues. with the MECA , we were only told Thursday afternoon,  we have had to change venues. We have been able to switch the event to the Oasis Leisure Centre, North Star Avenue, Swindon, SN2 1EP.

“The doors open time remains the same – 07:00 although the first fight may well be moved back to 8:00-8:15 to allow for some additional set-up arrangements.”

Anyone with  MECA tickets, they are still valid and  there are three bars are open – One public, One to standard ticket holders and an exclusive bar for VIP ticket holders.
There is no minimum age limit and alcohol is allowed to be taken in the main hall.
A gated VIP area in main hall and an upper tier includes a buffet.
An exclusive ‘after-party’ is being held at the Old Bank in Wood Street.

As the venue is has a far larger capacity, tickets will be able to be purchased on the door on the night.