You are here: Home › Other Sports › Stars gather for Heart Foundation football match. 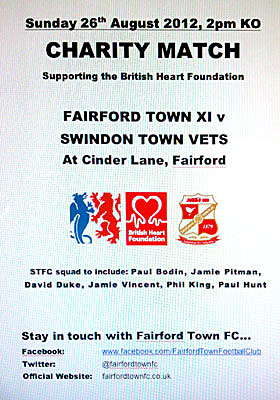 Support a sporting evening with former Arsenal and England midfielder Ray Parlour on Thursday 23rd August that is being held in the Legends Lounge at Swindon Town FC and  there is a charity match taking place this Sunday at Fairford Town FC. Both to raise funds for the British Heart Foundation. 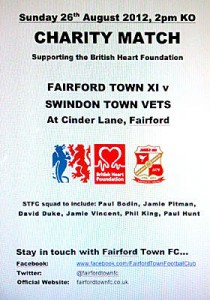 The events are in memory of a former Fairford first teamer and STFC Centre of Excellence coach, John Hathway, who passed away from a heart attack a few years back and the charity is now annually supported via Fairford Town FC.