Get behind the boys; Gary Patchett plea to supporters on the eve of the meeting with Kings Lynn. “We have a team to be proud of this season and I would love to see those who left us come back and get behind the boys.”

SWINDON have booked the busiest rider in British Speedway to bolster their team for Thursday’s crucial clash with King’s Lynn at the Abbey (7.30).

Adam Roynon has made a remarkable return from a long line of injuries which threatened his career and he will line up at reserve as a guest rider as the Elite League swings back into action after the World Cup break. 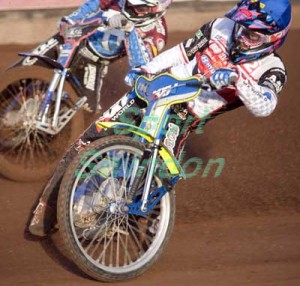 Roynon rides for Coventry, Premier League Workington and National League Dudley Heathens and has been piling up the points at all three levels.

He comes in for double-up duo Jason Doyle and Seb Alden who are unavailable. 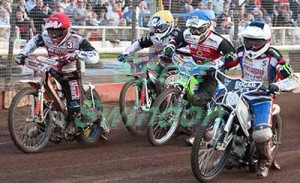 And Robins joint owner Gary Patchett is hoping to see the return of some fans who turned their back on the club during their troubled 2011 campaign.

He said: “We have a team to be proud of this season and I would love to see those who left us come back and get behind the boys.

“We have worked hard behind the scenes to address all the issues and we are heading in the right direction. Hopefully we can pick up three more points against King’s Lynn.”