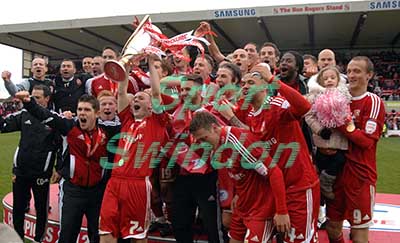 The 23-year old was a regular for the Grecians last term after joining the club in January 2009 on a permanent deal from Tottenham Hotspur.

The central defender initially arrived on a one-month loan deal from Tottenham and made his debut in the 2-1 win at Dagenham & Redbridge. He had been at Spurs since signing as a schoolboy and was skipper of the reserve side at White Hart Lane. He made the substitutes bench twice – for the away trip at Wigan and at home to Arsenal.

At the start of the 2008/09 season he joined Norwich City on loan but returned to Spurs recently after failing to break into the first-team although he made a number of appearances.

He returned to Exeter in July 2009 signing a six-month loan deal before joining permanently during the 2009/10 January transfer window.

In total he made over 100 league starts for the Grecians and will report for pre-season training with Paolo Di Canio’s squad on Wednesday morning.