SWINDON look to continue their push for a play-off place in Monday’s tough trip to Lakeside (7.30).

And they’ll be looking for an improvement on their previous visit to the Arena-Essex track after they went down by 10-points last month.

Robins are at full strength for their first meeting in almost a fortnight after the recent rainy spell. 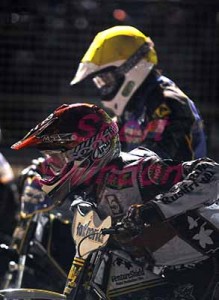 Boss Alun Rossiter says the circumstances behind their previous visit made it a difficult night for both teams following the tragic passing of Lee Richardson just days before.

He said: “I do believe this meeting will be a better reflection of us compared to last month which was such a difficult night given the circumstances.

“It will still be a tough one because Lakeside aren’t in the position they’re in for no reason – they’re a very good side. I’d say in many ways that will be a harder match than Poole because we all know what a good home advantage Lakeside have when they race on it week-in week-out, but we’ll be quietly confident of getting something down there.”